You can have the best gaming setup in the world but not having incredible audio could be extremely detrimental to your overall experience. While in the past many relied on speakers, creating surround sound in their room, the go to now is to use a gaming headset as the weapon of choice.

Now, not all gaming headsets are the same and can range from budget gaming headsets all the way up to extremely high end options, detailing a variety of specs. In this article, we’re going to be specifically focusing on the best gaming headset under $100, which is more than a high enough budget for securing a solid gaming headset that’ll be right at home with the next generation consoles.

If you want the best gaming headset under $100, the SteelSeries Arctis 5 is the way to go for a number of reasons. Not only do SteelSeries produce a variety of high-quality gaming peripherals, their gaming headsets are particularly stellar, standing out in the crowd.

Looking at the Arctis 5 more closely, it combines cutting edge, award winning audio technology with independent game and chat controls and RGB illumination for an immersive gaming experience. This means you’ll not only benefit from incredible, immersive game audio, you’ll also be able to easily control your in-game/party chat with your friends, removing the burden of having to go into the system settings to do so. Moreover, there’s a little RGB flair included too, slotting right into the RGB lighting you more than likely already have in your setup.

Moving to the other features such as the microphone, the arctic clear cast bidirectional microphone delivers studio quality voice clarity, ensuring that your callouts will never be missed. Additionally, there’s also background noise cancelation built-in, meaning that even if you’re in a noisy environment, the intuitive microphone will try its best to remove it.

In terms of comfortability, you’ll be able to have the Arctis 5 on all night long during those intense gaming sessions due to the padded air weave ear cushions and adjustable, steel reinforced headband.

If you’re an avid wireless user and want the best wireless gaming headset under $100 for your setup, it’s extremely hard to beat the Corsair VOID RGB Elite Wireless. It has that Corsair quality and some handy little additions that make your life that little bit easier.

The design of the headset itself offers up a slightly different take on the traditional aesthetics with a more square-earcup approach and an angled headband that you don’t typically see. Moreover, Corsair has chosen to include on-ear controls for powering on and muting your microphone which is a welcomed addition and one that wireless gaming headset fans will be thankful for.

Moving to the actual sound quality, you’ll be able to hear absolutely everything in-game thanks to the premium custom-tuned 50mm high-density neodymium audio drivers in combination with an expanded frequency range of 20-30,000Hz, far more than most gaming headsets on the market. Now, the microphone. It boasts an omnidirectional nature, picking your voice up with exceptional clarity. Additionally, with the flip up to mute functionality, it’s not only a great device, it offers convenient features too.

In terms of wireless functionality, you simply slot the USB adapter right into your machine and you’ll be hooked up over low latency 2.4Ghz. This takes the aches and pains out of wireless connectivity of the past, removing any worries you might have had over wireless gaming headsets.

Razer products are becoming the go-to for most gamers out there due to their vibrant aesthetics and RGB lighting that’s rife in today’s setups. Being a budget gaming headset under $100, unfortunately, the Kraken is a little lacking in the RGB department but there are a number of color options allowing you to showcase your personality still. There’s the trademark Razer green, black, pink, and even a Stormtrooper variant, catering to a plethora of people’s tastes.

Diving into the performance of the Kraken, there’s nothing ‘budget’ about it. You can take advantage of the custom-tuned 50 millimeter drivers, delivering immersive, 7.1 surround sound, something that you wouldn’t have expected from a gaming headset at this price point. Moreover, the impressively designed retractable cardioid mic reduces background and ambient noises for crystal-clear communication with your teammates online. Finally, it’s not only powerful, it’s comfortable too thanks to its cooling gel-infused cushioned earcups, reducing fatigue on those longer gaming sessions.

The only real drawback we can see from the Kraken is that it’s wired which means you’ll be tied to whatever device you’re plugged into. But, in most cases, you’ll be sitting at your console or PC anyway so really shouldn’t deter you from picking it up.

Summing up, there’s a reason that the Kraken is one of Razer’s best sellers and more is than deserving of its place on the best gaming headsets under $100. It offers up some fantastic sound and overall specs at its price point, making it, in our opinion, the best budget gaming headset under $100.

Similar to that of controllers, there are advantages and disadvantages of wired and wireless headsets. As previously stated with our top wireless picks above, thanks to the technology of today, there’s certainly less of a worry when it comes to wireless range, interference, and battery life with dramatic improvements all round. However, some still prefer wired headsets over wireless because of the previous as you eliminate pretty much all potential worries in that regard as they’re constantly plugged in.

At the end of the day, it’s all down to preference. If you want to be wire-free and take the aforementioned risks then go for it, the tech of today is substantially better. But, if you want a tried and tested gaming headset, that’s probably lighter as well, then a wired choice shouldn’t be shied away from.

To conclude, there’s no doubt in our minds that the SteelSeries Arctis 5 is the best gaming headset under $100 you can buy. It has the best sound, microphone, and the sleekest looks, all coming together to probably give you the best audio experience $100 can net you. If you are looking for something a little more on the cheaper side, the Razer Kraken is it. It has a bunch of different style options and the performance to back it up, giving you a stylish but top bit of tech at that lower price point.

Is Grindelwald in Hogwarts Legacy?

When is the DMZ wipe and what resets? 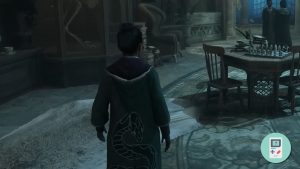 How to get Hogwarts Legacy Harry Potter Fan Club rewards