The Golden Rule DMZ: Where to find Gold Skulls and Gold Bars 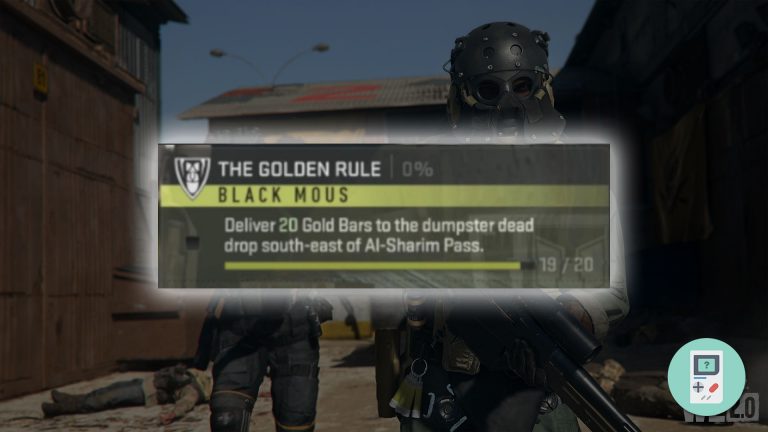 The DMZ Missions available to you in the all-new mode introduced with Season One of MW2 give you something to really aim for when dropping into Al Mazrah instead of just aimlessly wandering around. While some of these Missions are relatively simple to complete, there are some pretty tough ones as you advance through the Factions.

One of the more difficult DMZ Missions is The Golden Rule as it tasks you to find some pretty rare items that you won’t simply find on your usual travels through Al Mazrah. Below, we’ll run you through everything you need to know for how to complete The Golden Rule in DMZ so you can advance to your next DMZ objectives.

The Golden Rule DMZ: Where to find Gold Skulls and Gold Bars

Before we get into how to complete The Golden Rule in DMZ, let’s first go over what your tasks are:

Even though both of these are quite similar, the Gold Bars and Gold Skulls are pretty hard to find if you don’t know where to look. Additionally, if you have no idea what or where the dead drop location is, you’re going to be going round in circles.

Let’s initially tackle those Gold Bars and Gold Skulls. As previously stated, these are particularly rare items that are also of high value. The Gold Bars are worth $8000 and the Gold Skulls are worth $12000 so you won’t just find them in your usual duffel bags. Instead, some of the best places to find both of these items are in Sawah Hotel, more specifically the locked rooms on the top floor. To get to these, you’ll have to enter through the roof, similar to how you would do it to complete the Good Fortune Mission. Enter all of these locked rooms and you should come out with a bunch of Gold Bars and maybe some Gold Skulls also.

If the Sawah Hotel didn’t do the trick, head to the Police Stations that are located in a few places in Al Mazrah, which you could pair with finding the Basilisk to save yourself some time. These Police Stations are also great for Gold Bars and especially Gold Skulls.

Finally, if you’re still not having much luck, acquiring some Safe Contracts could be a great way of finding both Gold Skulls and Gold Bars. These do, however, take time, and attract a bunch of AI so make sure you’re armed and aware of your surrounding before taking this on and drilling those safes.

Now you’ve hopefully got all the required items, you’ll now need to know where the dumpster dead drop south-east of Al-Sharim Pass is. To save you a bunch of time, we’ve marked the exact location on the map below so you can head right to it without any messing around.

And there you have it, you should now have everything you need to complete The Golden Rule Mission in DMZ including where to find Gold Skulls and Gold Bars. If you’re also having problems with missions such as Flight Recon, Bombing Run, Medical Mule, or finding that Black Mous Intel, we have guides on those too!