How to get MW2 Relentless Roze skin 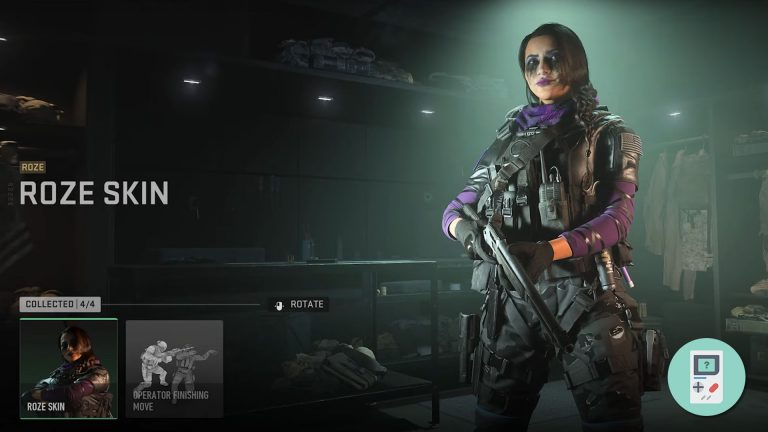 In MW2, there are a bunch of Operators at your disposal, allowing you to switch your look up for whatever game modes you’re playing. Alongside these Operators is a further customization method – skins, allowing you to add a little more flair to your in-game character.

Now, there are different ways you can unlock these skins and for the most part, these are detailed in plain sight. However, with the Relentless Roze skin, this is not the case, and many have been wondering how you can get it.

Below, we’ll run you exactly how to unlock the MW2 Relentless Roze skin so that you can use it with the legendary Operator.

How to get MW2 Relentless Roze skin

First off, if you’re wanting that MW2 Relentless Roze skin for yourself, you’re going to have to actually exit out of the traditional MW2 multiplayer and head into another of this year’s game modes – DMZ. Yes, that’s right, to get the Relentless Roze operator skin, you have to play the all-new DMZ mode, and quite a lot of it.

In fact, you’re not only going to have to play a bunch of DMZ, you’ll also have to complete a wide variety of the mode’s Missions in order to even get close to the Relentless Roze skin.

It doesn’t stop there though. After grinding to make the Black Mous Missions available, you’ll have to make it to Tier 4 Missions where the Mission Breaking and Entering will open up. Complete this Mission and your reward will be the Relentless Roze skin.

And there you have it, securing the Relentless Roze skin is no mean feat and is probably one of the most challenging skins in the game to get!

If you also want to switch up the look of Konig, you can get skins for him also. Read our guides on the Biohazard and Anonymous skins for all the details.