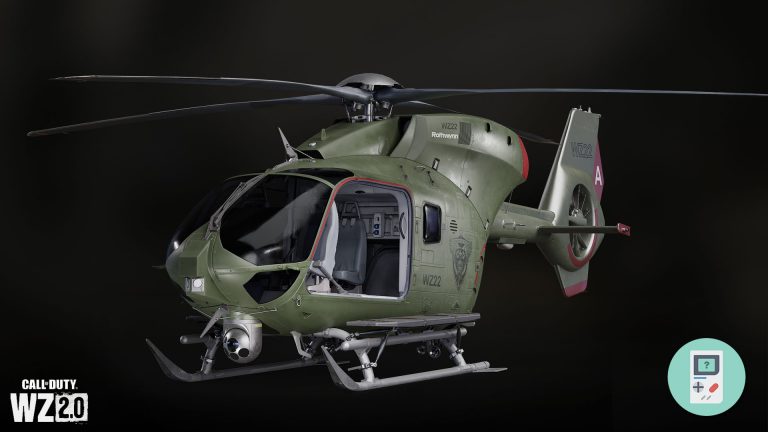 The all-new DMZ mode released in Season One of MW2 alongside Warzone 2 is something a little different for fans of the franchise to sink their teeth into. First off, it’s a looting and extraction mode, steering away from the simple run and gun of what you may be used to. Alongside that are missions that you can focus on for some fancy rewards.

One such mission is Flight Recon which nets you the Steel Ghost Blueprint for the X13 Auto, a nice little addition to your Blueprint collection. However, many players are having trouble with the Flight Recon mission, as it requires you to locate a Light Helo and land it in a certain spot on the map.

Below, we’ll run you through everything you need to know including where to find a Light Helo in DMZ as well as where you need to land it.

Before we talk about where you need to land the DMZ Light Helo, you first need to know where they are in Al Mazrah.

Unfortunately, the Light Helo is one of those vehicles that doesn’t have a set spawn. It can spawn in a variety of places throughout the map such as Ahkdar Village, El Samman Cemetery, and Sawah Village, but the absolute best place to find a Light Helo in DMZ is at the Airport.

This is because as you would expect, an Airport would be the perfect spot for a Light Helo, and in Al Mazrah, there is a dedicated helipad there for one to spawn. If it isn’t there however, simply pull up your map and look for the helicopter icon on there, set a marker, and off you go.

Now you’ve hopefully got yourself a shiny new DMZ Light Helo, its now time to fly it to the Hafid Port helipad to advance the Flight Recon Mission.

The Hafid Port helipad is located on the west portion of the Al Mazrah map, inside the B5 quadrant. The helipad itself is the small little section that extends right into the sea so you should be able to avoid most of the AI if you stay flying around the edge of the map rather than in the densely populated areas.

Once there, simply land your Light Helo safely, turn and face it and hit the button to download the Flight Path Data. Now all you have to do is extract to complete the Flight Recon DMZ Mission!

If you’re also having problems with missions such as Good Fortune, Bombing Run, Medical Mule, or finding that Black Mous Intel, we have guides on those too!