Harmful Waves DMZ: How to complete 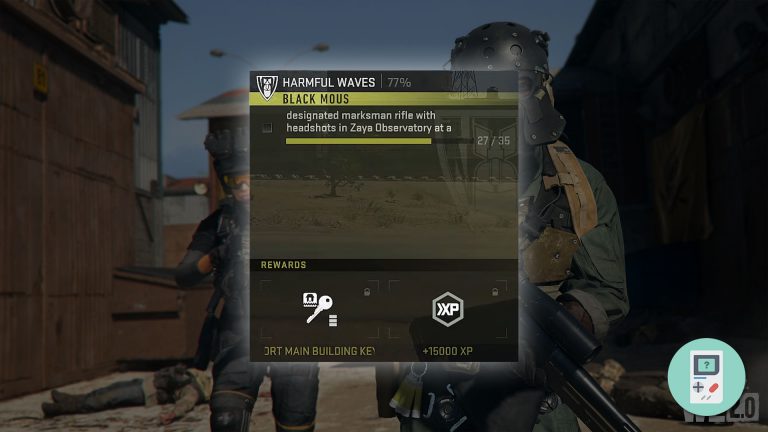 As we’re sure you’re aware, the new Call Of Duty DMZ mode has a bunch of Missions for you to have a go at, allowing you to mix up your experience and actually have something to aim for other than simply killing other players. However, as you progress through these, they can get a little tough tasking you with some interesting requirements.

One Mission that a bunch are getting confused by is Harmful Waves due to its very specific demands. Below, we’ll run you through exactly how to complete Harmful Waves in DMZ so you can progress the Black Mous Faction to its next tier.

Harmful Waves DMZ: How to complete

Before we go through exactly how to complete Harmful Waves, let’s take a look at what you need to do.

You only have one task to complete for this Mission but as previously alluded to, it is very specific: “Kill 35 enemies with a suppressed designated marksman rifle with headshots in Zaya Observatory at a range of fewer than 3 meters”. On the face of it, you might think it’s pretty simple but with the weapon and range parts combined, it can be tricky.

First off, let’s talk weapons. You’ll need a marksman rifle which can be found out and about in Al Mazrah but we recommend bringing one in to save time and to have attachments. The marksman rifles options that we suggest are the EBR-14, SP-R 208, or TAQ-M as these, in our eyes, are the easiest marksman rifles to use. You’ll obviously need to have a suppressor unlocked for these too so if you don’t have that, maybe use one of the others for speed.

Now, the best place in Zaya Observatory to get the job done. Due to the 3 meter limit to these kills, what we suggest is that you get into a match that has a Stronghold spawn at Zaya Observatory. This will enable you to start the Stonghold opening, with a bunch of AI spawning in. Then, you can simply get inside, get up close and personal, and aim for the head. Usually, these marksman rifles take either one or two shots to kill depending on if an enemy has a helmet so keep that in mind.

If you find that your kills aren’t counting, making you think Harmful Waves is bugged, don’t be concerned. The 3 meter distance is very finicky so just get closer to the enemies, almost point blank, and try again. Speaking of point blank, if you get the ‘POINT BLANK’ notice after a kill, this all but confirms that it will count towards this Mission.

And that’s all there is to it, you should be able to get Harmful Waves done and edge closer to those Tier 5 Missions. If you’re also struggling with The Golden Rule or Medical Mule, read our guides for everything you need.