Escape From Tarkov Defective Wall: How to upgrade and what unlocks 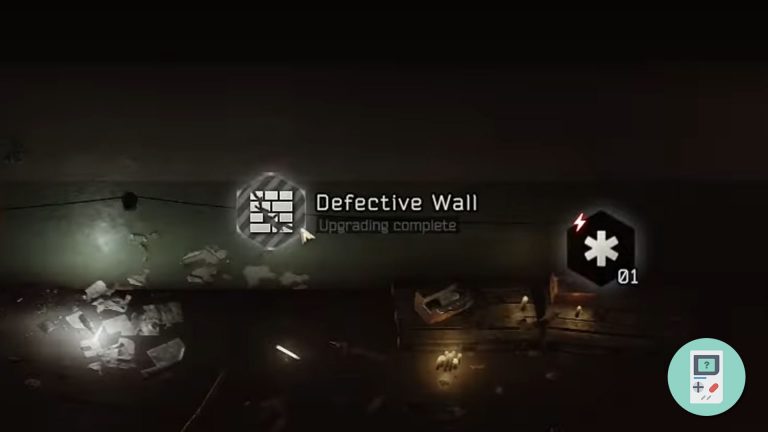 The Escape From Tarkov Defective Wall is something players both new and old have been puzzled by since its surprise introduction in the latest patch. There is a bunch of stuff to upgrade in your Hideout, but this new addition is one that many want to get completed as soon as possible to see what lies in wait.

Below, we’ll run you through what you’ll need to upgrade the Escape From Tarkov Defective Wall as well as what’s in store for you once you do.

How to upgrade Escape From Tarkov Defective Wall

If your interest has been piqued about the Escape From Tarkov Defective Wall then you’ll likely want to upgrade it. To do so though, you’re in for a bit of a challenge both in terms of collecting the items and the debuffs you’ll gain.

Here are each of the upgrade stages for the Escape From Tarkov Defective Wall showcasing all of the construction requirements, how long it takes, and any penalties you will receive.

However, if you do choose to perform this initial upgrade, you will receive the following penalties:

For the second part of the Defective Wall upgrade, you will need a Toolset and Metal Cutting Scissors. These aren’t particularly hard to find in Raids but you’ll obviously need to get a successful extract to get them in your stash.

Once you have both of these, this upgrade will again take three hours but the penalties you received earlier will also increase.

Now we get to the real hardcore upgrades. For part three, you’re going to need a bunch of different items but thankfully, these can be bought rather than solely finding them in Raids. Here is all you need:

Once you get all of the above and confirm the upgrade, you’ll have to wait a whole twelve hours for it to complete. However this time, those penalties will not increase as you will be creating the actual room.

The final upgrade and the one that’s needed to actually create the Gym is this. Again, you’ll need a bunch of different items, but these will be similar to the previous upgrade. Here is everything that’s required:

Thankfully, you won’t have to wait twelve hours for this one as the upgrade will only take four, similar to the first two stages.

So, the all-important question, what is actually behind the Escape From Tarkov Defective Wall once you’ve upgraded it to the max? Well, once the construction has been fully completed, you will have access to a room that many have been highly anticipating – the Gym.

The reason why players have been so hyped for this is because it will allow you to get permanent upgrades for your character such as Endurance which can be vital when doing some heavy looting in Raids.

Once the Gym has been created, you can take part in a ‘minigame’ within where your character will be lifting weights to gain those buffs on your successful mouse clicks.